Call Us
back to corporate governance 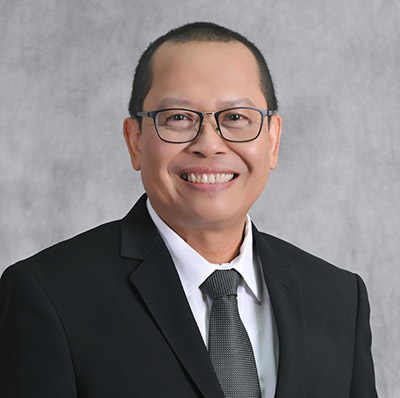 Sambodo kickstarted his career as a Senior Auditor for Financial & Development Supervision Agency from 1986-1992. In the next four years, he served as Cost Accountant & GA Supervisor at PT Rhone Poulenc Agrocarb. In 1996, he moved to PT TNT Logistics Indonesia, where he sat in the Management Accounting Manager chair for three years. PT Gitaswara Indonesia (Guiness) and PT Gubah Bumi Selaras were his next journey, in which he took the role as F&A Manager from 1999 to 2001. His next role was Financial Controller, which he took from 2001 to 2005 at PT Linfox Logistics Indonesia, before he was appointed as Business Controller at PT Atlas Copco Nusantara (PT Epiroc Indonesia), which lasted from 2005 to 2012. Sambodo then spent his next two years at PT Havi Indonesia as their Country F&A Head, then the next one year at PT LF Services Indonesia as Senior Manager F&A. The year 2016 marked his career advancement as he was trusted the Finance Director, CFO & CCO position at PT DHL Supply Chain Indonesia until 2019. He joined the Company by filling the Independent Commissioner role in 2020,and is still with us until today.